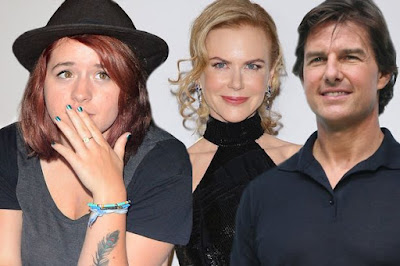 The daughter of Tom Cruise and Nicole Kidman, Isabella Cruise has tied the knot with her boyfriend of less than a year, Max Parker.  The couple got married last month during an intimate ceremony at the Dorchester Hotel in London, first reported by Woman’s Day magazine.

The 22-year old and the British I.T. consultant exchanged vows in front of a small group of close friends on Sept. 18. but neither  Tom Cruise or Nicole Kidman was at the wedding despite the fact that Kidman was close to the wedding venue.

Isabella and Parker wanted the romantic affair to be so low-key and private that they decided against inviting her A-list celebrity parents. Isabella’s younger brother, Connor, was also reportedly absent from the nuptials.
Some media reports suggest Tom stayed away because Max is not a Scientologist but that suggestion has been found to be false.

There were no hard feelings between the parents and their daughter. According to reports,Tom, 53, fully supports the relationship and paid for the wedding and party.

Tom Cruise and Nicole Kidman adopted two children, Isabella and Connor Antony when they were a couple.