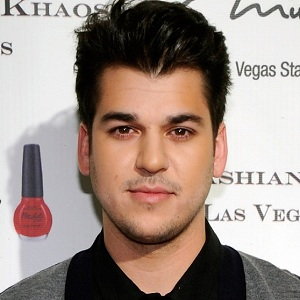 If Rob Kardashian wants us to believe he’s not secretly fathering a child, his Twitter feed is going to have to stop saying the contrary.

On Thursday, the 27-year-old Keeping Up with the Kardashians star again had a tweet that would lead anyone to believe he has a kid. “Was with my baby mama tonight,” he wrote.

Was with my baby mama tonight ,,
— ROBERT KARDASHIAN (@robkardashian) September 18, 2014

This message comes after numerous others in which Rob, who’s dated Rita Ora and Adrienne Bailon, insinuates that he’s a baby’s daddy. This all started on the Fourth of July when he wrote: “Happy I got my Son with me for the 4th tomorrow!! Can’t wait to watch fireworks with my little man ! Hope everyone is safe!”

When the web exploded with this news story, the reality star quickly retracted, tweeting: “Those who know me know I play and I do NOT have a Son. Y’all got my mama emailing me asking if I have a Son lol goodness hahaha. GOODnight.”
But even on Sunday night, he tweeted: “I’m about to go pick up my Son from the port and can’t wait to watch a great movie with him, Suggestions anyone ??? He’s 6.”

Reports back in December claimed that Rob had a four year old son in Miami, but this has not been confirmed.