Singer, Lady Gaga fully confirms her stage name as she flashed her yarnsh to the crowd of delighted fans who attended her performance at the Roseland Ballroom in New York City on Sunday night. The singer will be the last person to perform live at the iconic New York venue before it closes down.

During the spectacular show Gaga was wearing a giant green wig and impressed her fans by flashing her yarnsh during one song. It wasn’t just Gaga’s yarnsh that caused a rush though, as she appeared on stage in a nude bodysuit with just roses to protect her modesty.
Gaga performed a mix of her older hits, including ‘Bad Romance’ and ‘Poker Face’, ‘G.U.Y.’ and others. Despite the yarnsh-flashing, the show was actually more modest than the shows we’ve seen from her lately.
Speaking about the show Lady Gaga said that although she was raised in New York, this is basically the only room in the city she hasn’t played.
See more pictures after the cut…… 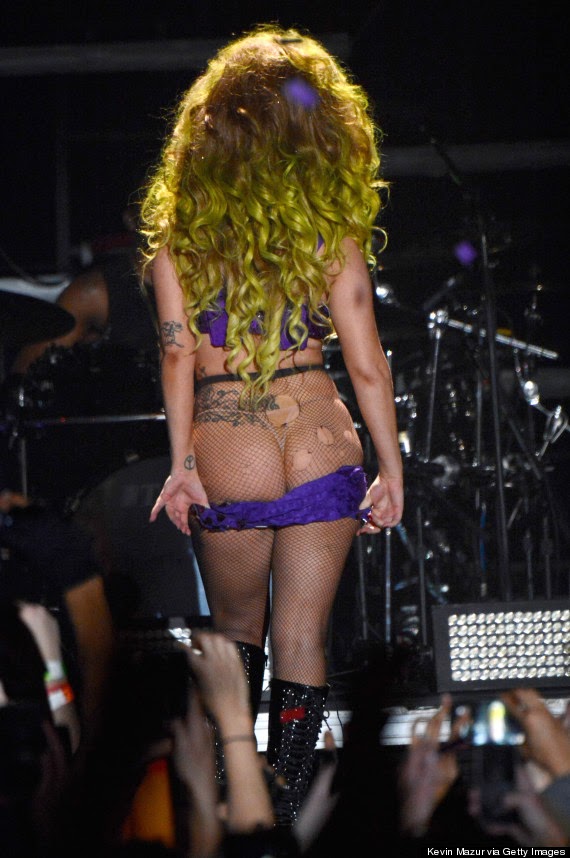 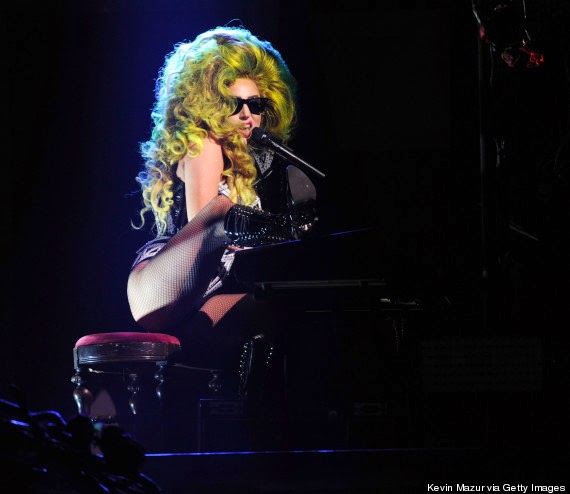 You can do the zooming if you wanna….. LOL!