South African rapper Nasty C pulls up some fierceness on the latest cover of Tush Magazine. But beneath all that fierceness is a music star whose simplicity speaks volumes, says Joey Akan: “Nasty C has no air. That’s what hits you first when you meet him…”

For the cover, Nasty C was photographed by Liezl Zwarts. 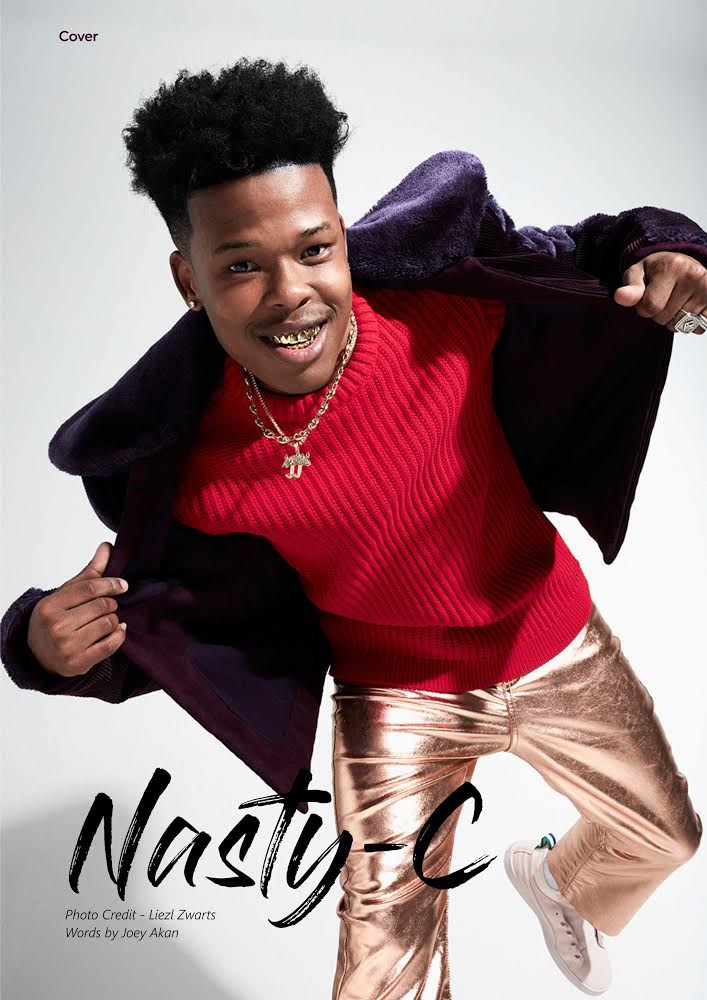 In the exciting interview that follows, the 23-year-old star opens up on his struggles, work ethics, as well as an insight into his journey to stardom.

On his musical journey, Nasty C reveals how he didn’t get support from his father and step mother. His father wanted a regular life for his son which involved getting an education, but all the young rapper needed was “a mic, a producer and some beats”.

During his final year in high school, Nasty C revealed that he made the decision to quit school in pursuit of music.

On why he never gave up despite suffering severe setbacks, Nasty C, now dubbed Africa’s Prince of Hip-Hop,  shared:

I had so much passion for music, just because of what music does to me personally. It wasn’t just about me having this lavish style or anything else. I stayed for the main reason why I started this music. For what it does to me, and what it does for everyone who listens to it”.

Nasty C went on to release his first mix-tape One Kid A thousand Coffins in May 2013 to great reviews.

On his work ethics, the rap star reveals how he isn’t focused on competitive accolades but satisfied in his ability to rap. He shared:

Not that I don’t like competition, I am not the type of person to provoke other people to generate a reaction. But I like to be confident, and I have to see myself as the best. “

This issue of Tush Magazine which is themed “The Success Story” in commemoration of their 6th anniversary, also features successful talent managers Osagie Okunkpolor and Obasihuade Adedokun, HipTV Awards Rookie of the Year, Teni among others.