Kourtney Kardashian, 39, seems to have moved on pretty fast after her split from Younes Bendjima, 25.

The mother-of-three was captured on her first outing since the split and some of the photos show her doing a video call with a handsome mystery man.

As she made her way to the Westfield Mall in Century City with her sister Kim for an appearance, she was seen holding up her phone as she chatted with a smiling man on FaceTime. 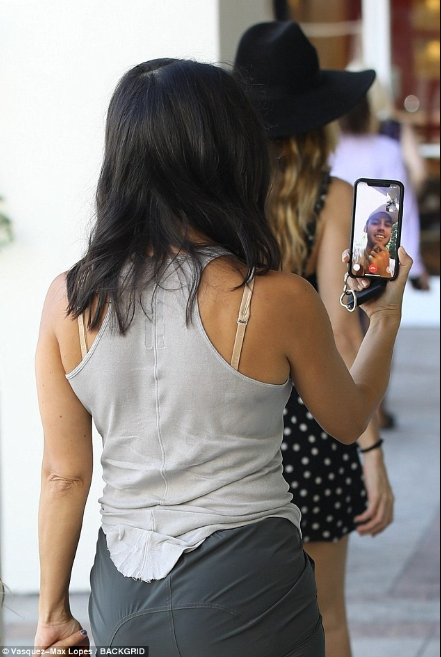 The reality star seemed unbothered by the end of her two-year relationship and also by the fact that her ex moved on quickly and was photographed in Mexico frolicking around with young model Jordan Ozuna. 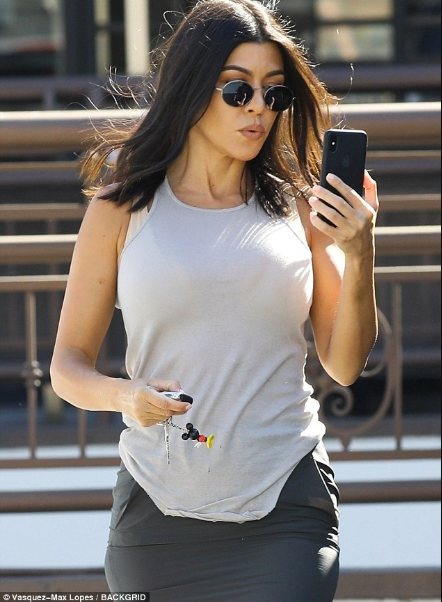