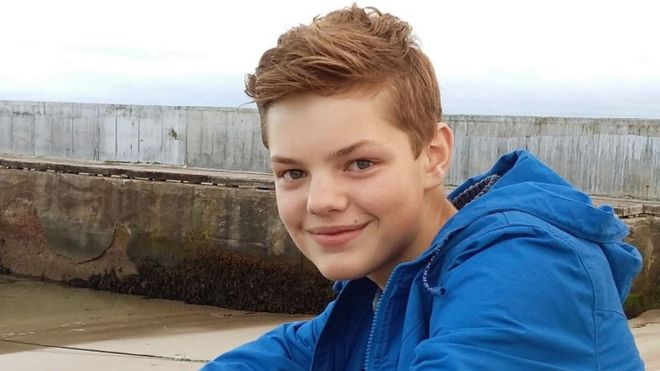 Fifteen-year-old Magnus Dixon has been selected as a winner of the Foyles Young Poets Competition for the third year in a row.

The teenager, who lives in a coastal village in north-east Scotland, was selected for his poem Compass-Point Lullabies for Emily.

He is one of 15 young writers honoured by the prize, judged by esteemed poets Liz Berry and Michael Symmons Roberts.

Dixon told the BBC he was “over the moon” to score a hat-trick.

“I wrote the poem last October to celebrate the birth of my sailing instructor’s daughter,” he said.

“I felt that a poem would be apt as Emily is the daughter of the instructor who encouraged me to enter my first Foyle-winning poem.”

Another of his poems, entitled Coventry, which he previously entered for the award, had a completely different muse – it was influenced by one of his favourite bands the Specials, who came from the West Midlands city.

“I’ve been much inspired by the Two Tone movement and tried to make the lines of my poetry rhythmic and link into the architecture of the city,” he said.

Dixon turns 15 today, and will celebrate his victory with a ceremony at the Royal Festival Hall.
In total, 100 young poets will be recognised, including the top 15 prize-winners.

Dixon’s poem can be read below.

North
Someone re-threads a fishing rod by torchlight
then re-beads the line with Ugie droplets.
Later he reels in floundering silver –
wraps it in newspaper then walks homewards.
East
Waves crack their knuckles on shadowed sea-walls
and suck their teeth through rust-ribbed lobsterpots.
At the sailing club, sails dry into the night.
A woman closes shutters like oak eyelids.
South
Instead of milk-pails, men pile up oil-drums
to blot the moon. Their hearts tick in time to
the spattering pipelines and rain on hard-hats.
They shine torches on skeins instead of helicopters.
West
Combine harvesters hum into the night –
spitting stems in wake across rutted earth.
Sparrows chorus with the farmer’s whistles.
They guide him home, flitting between branches.