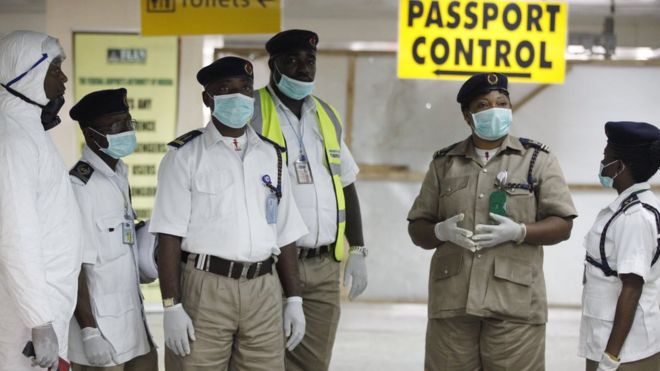 An Ebola scare has been reported in southern Nigeria, a year after the country was declared free of the virus.

Ten people have been quarantined after coming into contact with a man showing Ebola-like symptoms, officials said.

The man reportedly died shortly after being admitted to hospital in Calabar.

On Wednesday, the three countries worst affected by Ebola – Guinea, Sierra Leone and Liberia – recorded their first week with no new cases since the outbreak began in March 2014.

More than 11,000 people died in the West African Ebola outbreak, the worst known occurrence of the disease in history.